Labor Neunzehn is glad to introduce the collaboration with the Brazilian contemporary music guitarist and improviser Matthias Koole, now resident in Berlin, in the context of the Weltoffenes Berlin program 2021.

During his fellowship at Labor Neunzehn, Matthias will be involved into a series of initiatives that address the common ground of the organization’s activities and the fellow’s potentialities, and which will result in the cooperation with composers of the Berlin scene, concerts, and presentations. Additionally, Matthias will be taking advantage of the residency at Labor Neunzehn to develop a solo electroacoustic project with steel string guitar and analogue electronics. The outcome will be presented in a solo concert and in a vynil limited edition LP, which will be recorded, mixed and mastered at Labor Neunzehn.

Matthias is a member of the Brazilian experimental music label/production house Seminal Records, through which he organizes, in Belo Horizonte, with Henrique Iwao, the improvisation series QI – Quartas de Improviso.

In the past, he was a founding member of the guitar quartet ZWERM. He played or plays, as a freelance musician, in ensembles such as Ictus, Champ d’Action, United Instruments of Lucilin, Brussels Philharmonic, BIT20 Ensemble, Opera Lab Berlin…

Matthias was awarded a Stipendienpreis at the Internationale Ferienkurse für Neue Musik in Darmstadt (2010) and was resident at Akademie Schloss Solitude, Stuttgart (2013-2015). He studied guitar in Ghent, Belgium, with Tom Pauwels and recently obtained his PhD at Universidade Federal de Minas Gerais (UFMG) in Belo Horizonte, Brazil with percussionist Fernando Rocha and anthropologist Lúcia Campos as advisors. 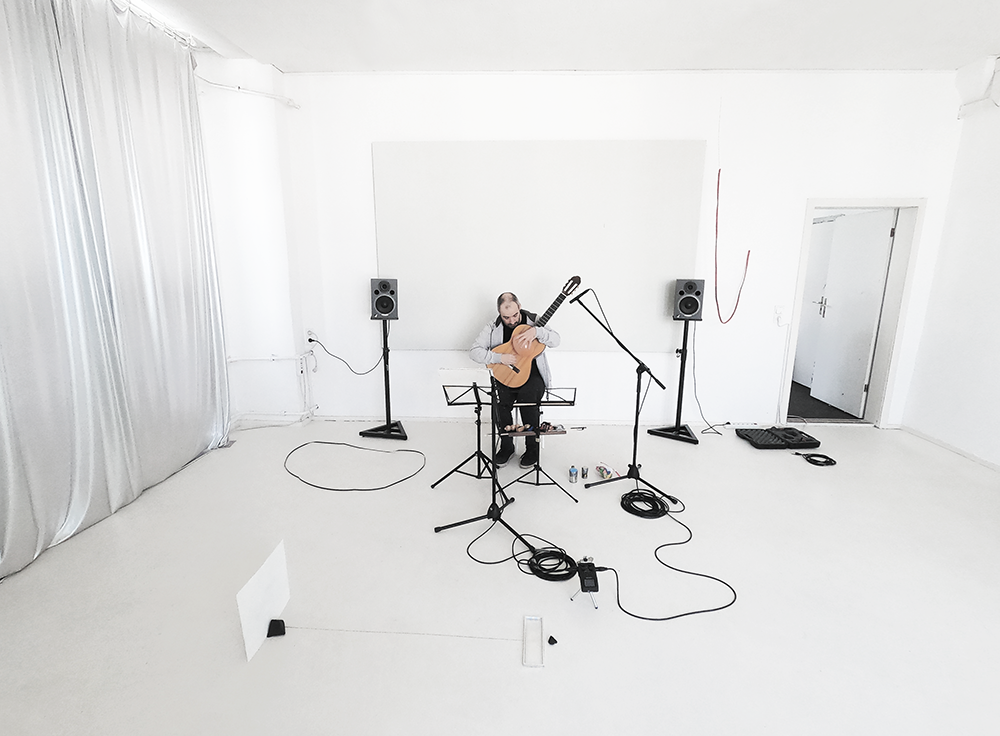