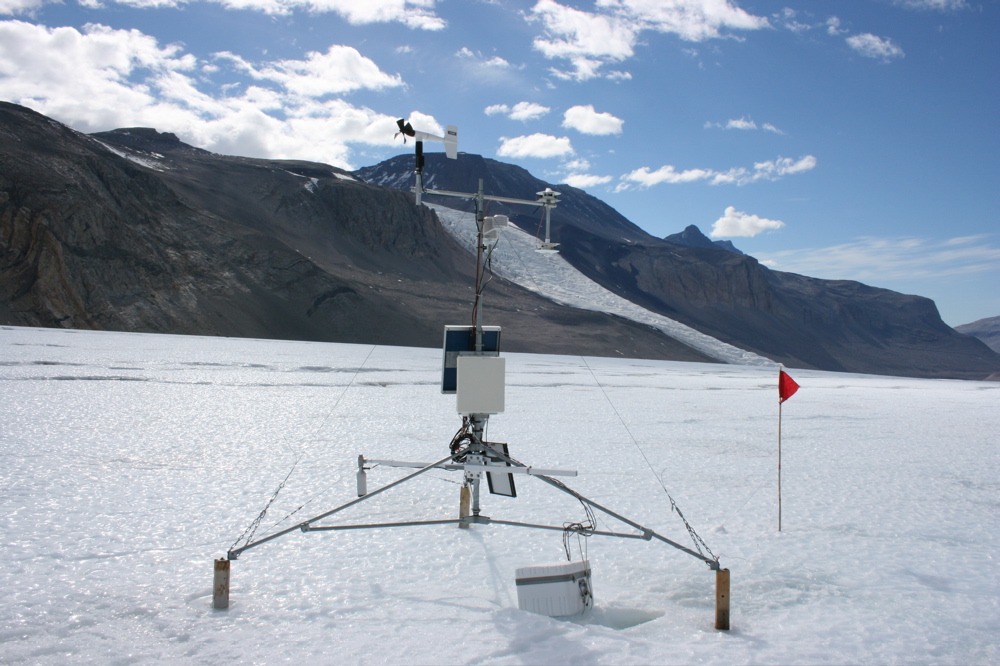 „Sonic Antarctica“ features natural and industrial field recordings, sonifications and audifications of science data and interviews with weather and climate scientists. The areas recorded include: the „Dry Valleys“ (77°30’S 163°00’E) on the shore of McMurdo Sound, 3,500 km due south of New Zealand, the driest and largest relatively ice-free area on the continent completely devoid of terrestrial vegetation. Another is the geographic South Pole (90°00’S), the center of a featureless flat white expance, on top of ice nearly 1.7 miles thick.

The „Sonic Antarctica“ Project is a radio broadcast, live performance as well as a sound and visual installation. It features recordings of the Antarctic soundscape made during Andrea Polli’s seven-week National Science Foundation residency in Antarctica during the 2007/2008 season.

The Antarctic is unlike any other place on earth: geographically, politically and culturally. Larger than the US, it is a frontier where borders and nationalities take a back seat to scientific collaboration and cooperation, a place where the compass becomes meaningless, yet, navigation is a matter of life and death. It is an extreme environment that holds some of the most unique species. But it is also an ecosystem undergoing rapid change. 2007/2008 marks the fourth International Polar Year (IPY), the largest and most ambitious international effort to investigate the impact of the poles on the global environment.

Andrea Polli is an artist working at the intersection of art, science and technology whose practice includes media installation, public interventions, curating and directing art and community projects and writing. She has been creating media and technology artworks related to environmental science issues since 1999, when she first began collaborating with atmospheric scientists on sound and data sonification projects. Among other organizations, she has worked with the NASA/Goddard Institute Climate Research Group in New York City, the National Center for Atmospheric Research and AirNow.

In her research and practice, she experiments with performance, interactive and web art, digital broadcasting and mobile media. She is focused on participatory media, and her practice often includes workshops or other activities designed to engage the public with ideas and concepts at various levels. She believes in the importance of many levels of interdisciplinary collaboration and has created collaborative situations for very large groups, small teams, or pairs of individuals.

Polli is currently an Associate Professor of Art and Ecology with appointments in the College of Fine Arts and School of Engineering at the University of New Mexico. She holds the Mesa Del Sol Endowed Chair of Digital Media and directs the Social Media Workgroup, a lab at the University’s Center for Advanced Research Computing.