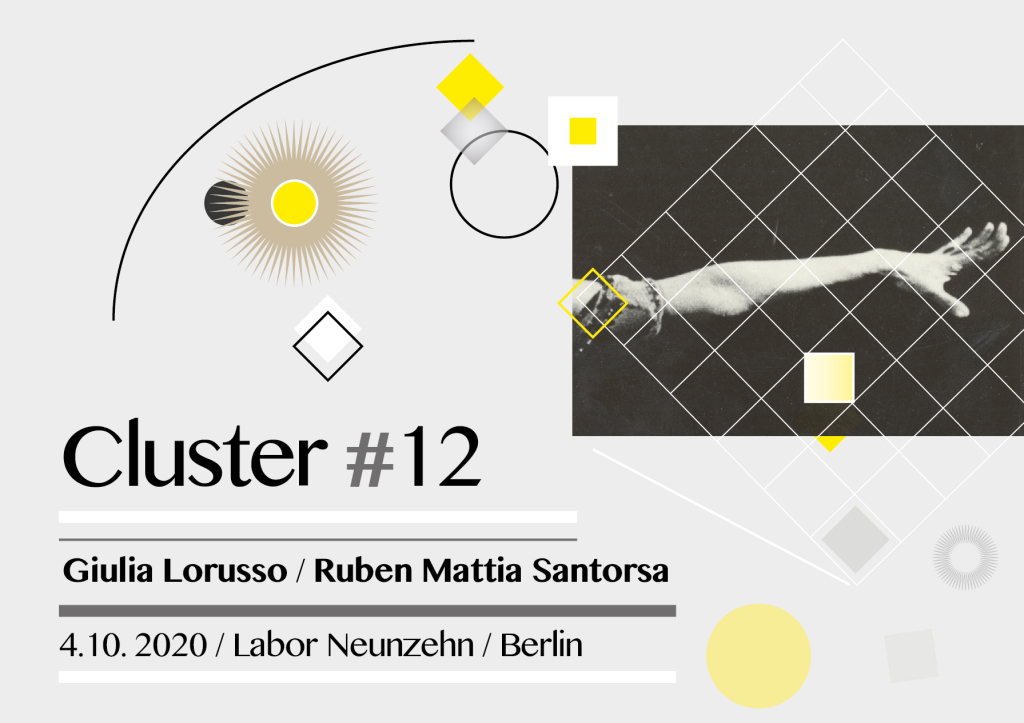 Despite the difficulties associated with this period of uncertainty due to the COVID-19 emergency, Labor Neunzehn is happy to invite you to reopen our “Cluster” Series for the year 2020. The first date will be Sunday October 4 2020 and will see the presence of the Italian guitarist Ruben Mattia Santorsa, who will perform a programme for classical and electric guitar. To accompany him, we will have the pleasure of hosting the Italian composer Giulia Lorusso with a work that draws inspiration from the fragile coexistence and interaction of human and artificial, as well as the contraposition of natural and industrial.

Ruben Mattia Santorsa (*1992) is an Italian classical and electric guitarist.

Contemporary music is currently at the heart of his work and his artistic manifesto. He firmly believes that through it we can convey a message of openness, acceptance and social, political and cultural renewal, much needed in today’s society.
He premiered pieces by composers such as Chaya Czernowin, Rebecca Saunders, Helmut Oehring and Peter Eötvös.
His musical guides were Yaron Deutsch, Walter Zanetti and Elena Càsoli. Crucial for his musical growth was meeting and working with composers like Helmut Lachenmann, Rebecca Saunders and Luca Francesconi. In addition to his career as a soloist, he is also continuing his research on contemporary music in chamber music, performing regularly with ensembles and orchestras such as Radio-Symphonieorchester Wien, Lucerne Festival Academy Orchestra, Mosaik Ensemble, Ensemble Contrechamps, MDI Ensemble, NEC Ensemble and Sonemus Ensemble, with conductors such as Sir Simon Rattle, Enno Poppe, Marina Alsop, Matthias Pintscher and Peter Eötvös in the KKL Lucerne and in the Elbphilharmonie of Hamburg.
He gave a lecture about the Contemporary guitar in Paris (Conservatoire Superieur de musique et danse), Boston (New England Conservatory), Chicago (Northwestern University), Lisbon (Escola Superior de Música) and Sevilla (Conservatorio Superior de Música Manuel Castillo). He graduated the Master Specialized in Soloist (Solistendiplom) with a specialization in contemporary music and the Master of Performance at the Hochschule of Bern with the teacher Elena Càsoli. He graduated at the conservatory of Bologna with Walter Zanetti at the conservatory of Bologna. and he studied composition with Paolo Aralla. He won the scholarship Swiss Government Excellence for the years 2013-2015, which was conferred to the best students who have been admitted to a Swiss university.